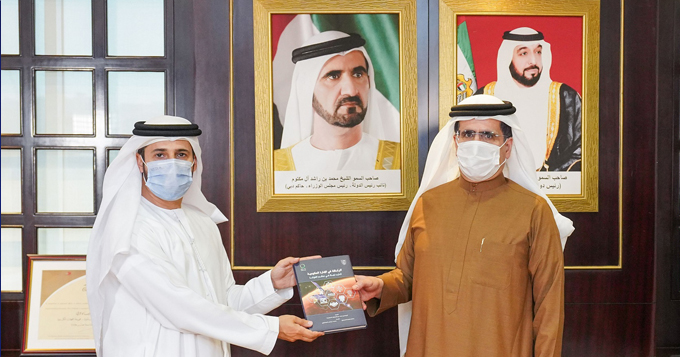 Dubai Electricity and Water Authority (DEWA) and the Mohammed bin Rashid School of Government (MBRSG) have published a book called Agility in Government Management. HE Saeed Mohammed Al Tayer, MD & CEO of DEWA; HE Dr Ali bin Sebaa Al Marri, Executive President at the MBRSG, and Professor Raed Awamleh, Dean of the MBRSG attended the book launch. The MBRSG authored the book and DEWA sponsored it. It highlights several topics, including the definition of corporate agility, its history and features, the importance of shifting to agility, and agility in the public sector. The book also outlines the UAE as a model of a resilient and agile government. The book will be an approved educational textbook in upcoming training courses for leaders and decision makers. It will also be distributed to all MBRSG students inside and outside the UAE.

Al Tayer praised the strong collaboration between DEWA and all public and private entities to achieve the wise leadership’s vision to enhance corporate agility and keep pace with changes effectively and competently to carry on the journey of excellence and leadership: “The UAE, under the wise leadership of His Highness Sheikh Khalifa bin Zayed Al Nahyan, President of the UAE; His Highness Sheikh Mohammed bin Rashid Al Maktoum, Vice President and Prime Minister of the UAE and Ruler of Dubai; and His Highness Sheikh Mohamed bin Zayed Al Nahyan, Crown Prince of Abu Dhabi and Deputy Supreme Commander of the UAE Armed Forces; has proved that it is proactive and can foresee the future, and is ready to deal with different emergencies effectively and competently. Amid rapid changes in the business environment, the public and private sectors need to pursue higher levels of agility and resilience and to constantly develop their capabilities to manage risks proactively. This ensures their growth and prosperity,” said Al Tayer.

Al Tayer commended the MBRSG, as the first academic institution to specialise in government management and public policies in the Arab world, for its role in supporting government excellence. Al Tayer pointed to DEWA’s intent to collaborate with prestigious national educational institutions. This is part of its social responsibility to prepare a generation that keeps pace with the future government and ensure a brighter future, for generations to come.

“We hope this book will enhance the agility of government organisations in the UAE and the Arab world. They will read about the much-needed tools to gear up for the future and adjust to different developments and changes to achieve the happiness and welfare of our nations. I am glad that DEWA is showing its experience in corporate agility by sharing its case study in this book. Since its establishment, DEWA has been working to enhance the definition of agile governance according to four main pillars: Trust, Accountability, Transparency and Fair Practices. DEWA’s practices have become a benchmark for several organisations around the world. In 2018, DEWA launched the PAS1000:2019 Business Agility – Concept and Framework in collaboration with the British Standards Institute (BSI) as the first-of-its-kind global standard to measure business agility.

For his part, HE Dr Ali bin Sebaa Al Marri, Executive President of MBRSG, said, “Agility and resilience in government administration has become a necessity now more than ever, considering the rapid developments happening around the world. This makes it essential for governments to be better prepared for all variables, setting a clear science-based approach to address developments and crises. The book ‘Agility in Government Management’ reflects the Mohammed bin Rashid School of Government’s vision to strengthen the role of governments and help them face future challenges.”

“We are pleased with our continuous cooperation with the Dubai Electricity and Water Authority – one of our most prominent strategic partners and an influential player driving the government administration ecosystem and enacting policies that answer the wise leadership’s directives to achieve sustainable development,” H.E added.

“We are confident the book will be a notable addition to MBRSG’s library and curricula, serving as a reliable reference that offers insight into global trends shaping government administration in accordance the requirements of our time,” said Dr Al Marri. “MBRSG will carry on with its efforts alongside various stakeholders in the UAE and the region to reach our common goals and promote the role of governments and the private sector in creating a better future for us and for future generations.”