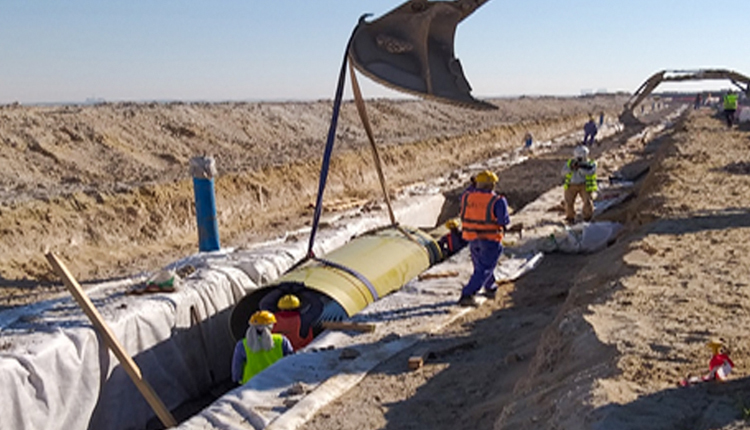 Dubai Electricity and Water Authority (DEWA) has completed 96.4% of its project to extend its water transmission network by 36.6 kilometres across Dubai, at a total cost of about AED 256 million.

HE Saeed Mohammed Al Tayer, MD & CEO of DEWA, affirmed that DEWA uses the latest technologies in the generation, transmission, distribution and control of electricity and water networks. DEWA has made significant achievements in developing the water network to enhance its efficiency and reliability as well as increase the water flow. This meets the overall development needs, keeps pace with growing demand, and increases water reserves. These efforts have reduced the losses in water transmission and distribution networks from 42% in 1988 to 5.1% currently. This is one of the lowest scores in the world and compares favourably to North America, where water losses are around 15%.

Abdullah Obaidullah, Executive Vice President of Water & Civil at DEWA, said that the project locations include extensions along Sheikh Mohamed bin Zayed Road and Emirates Road; and connections between the Hassyan Pump Station to Dubai Investments Park and Dubai World Central; from Nakhali Reservoir to Alaweer roundabout alongside the Dubai-Hatta Road and Muhaisnah; and from Margham wells to Dubai Al Ain Road. The project should be completed by August 2021.