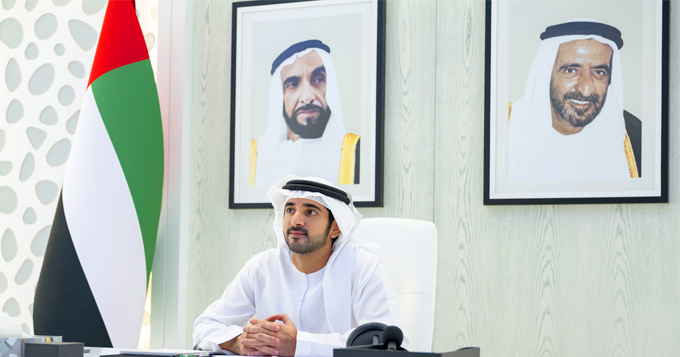 As part of the UAE leadership’s vision to preserve and promote local heritage and culture, Dubai Crown Prince and Chairman of The Executive Council of Dubai His Highness Sheikh Hamdan bin Mohammed bin Rashid Al Maktoum has issued directives to form the Board of Directors of the UAE Falcons Federation under the chairmanship of His Highness Sheikh Ahmed bin Mohammed bin Rashid Al Maktoum.

Headquartered in Dubai, the UAE Falcons Federation is an independent governing body that will regulate all events, competitions and activities related to falconry.

Expressing his gratitude to the Crown Prince for his support for the development of falconry, His Highness Sheikh Ahmed bin Mohammed said that traditional sports are integral to the UAE’s culture and history. Owing to the support of the UAE leadership, the country has become a global model for preserving and promoting its heritage.

“The sport of falconry is part of the rich cultural legacy that has been passed on to us by past generations. Our founding fathers have always emphasised on the importance of preserving these traditions. The late Sheikh Zayed bin Sultan Al Nahyan was a pioneering practitioner of the modern form of the sport. He set a new vision for enriching the sport and promoting excellence in falconry,” HHH Sheikh Ahmed said.

Apart from regulating all falconry related events and activities, the Federation will work to promote the development of the sport, disseminate technical and other information related to its practice, and raise awareness about the sport among a wider audience.

The Federation will also represent the UAE in international falconry competitions, and work to build a diverse fan-base among the public as part of promoting pride in the UAE’s cultural heritage.