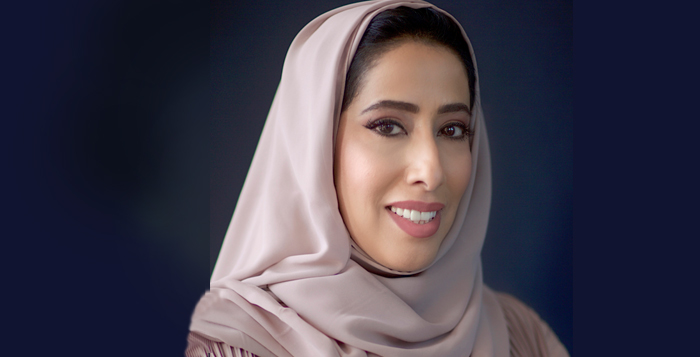 ·       The decree to increase female representation in parliament supports the fifth goal of the UN Sustainable Development Goals 2030.

·       The UAE is set to join top world nations in terms of women ‘s parliamentary representation.

The Global Council for the 5th UN Sustainable Development Goal (SDG) 2030, chaired by H.E. Mona Ghanem Al Marri, Vice President of the UAE Gender Balance Council, held a meeting as part of World Government Summit 2019. H.E. highlighted that the directive issued by UAE President H.H. Sheikh Khalifa bin Zayed Al Nahyan to increase Emirati women’s representation in the Federal National Council (FNC) to 50% has already delivered a positive impact on women’s role in parliament and has enhanced their key involvement as decision-makers on a national level.

H.E. Al Marri emphasized the importance of UAE's decisions that support SDG 5: “Achieve gender equality and empower all women and girls”, and in particular target 5.5, which aims to ensure women’s full and effective participation at all levels of decision-making in political, economic and public spheres.

H.E. said that increasing women’s representation in the FNC will establish the UAE as among the world’s leading nations in terms of female representation in parliaments, adding that Emirati women’s achievements were made in record time in comparison to the rest of the world. The UAE Gender Balance Council, which was established in 2015 and is chaired by H.H. Sheikha Manal bint Mohammed bin Rashid Al Maktoum, wife of H.H. Sheikh Mansour bin Zayed Al Nahyan, Deputy Prime Minister and Minister of Presidential Affairs, aims to reduce the gender gap across all sectors and establish the UAE as a global role model in the field of gender balance, in line with the directives of H.H. Sheikh Mohammed bin Rashid Al Maktoum, UAE Vice President and Prime Minister and Ruler of Dubai.

H.E. Al Marri added: “The UAE will join nations such as South Africa, Bolivia, Namibia and Rwanda in applying quotas to ensure more balanced representation of women in parliaments and to support the global gender balance agenda. According to the Inter-Parliamentary Union, the percentage of women in houses of national parliament has only reached 24% in 2018, and the Council is currently working on implementing initiatives to support federal entities achieve their gender balance targets, with the ultimate goal of having the UAE become one of the world’s top 25 countries in gender balance by 2021.”

H.E. Al Marri also highlighted some of the initiatives launched to increase women’s roles across sectors and promote gender balance, including the launch of the Council’s Gender Balance Guide, and the ‘Women on Boards’ initiative that aims to increase women’s representation in boards of directors in a bid to narrow the gender gap across vital sectors.

The SDG 5 Global Council is responsible for developing actionable initiatives to promote gender balance and support women and girls, as gender balance is not only a fundamental human right but the foundation for a peaceful, prosperous and sustainable world. Providing women and girls with equal access to education, healthcare, work opportunities, and representation in political and economic decision-making processes will fuel sustainable economies and benefit societies and humanity at large.

The SDG Global Councils is a global initiative that aims to support the international implementation of the SDGs through innovation and partnership. The initiative was launched in 2018 at the World Government Summit, and the Councils are presided over by H.E Reem bint Ebrahim Al Hashimy, UAE Minister of State for International Cooperation.